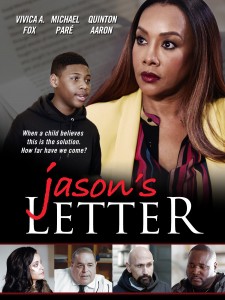 Starring Vivica A. Fox, Michael Pare and Quinton Aaron, "Jason's Letter" will be available on DVD and VOD on August 1, 2018.

HOLLYWOOD, Calif., July 25, 2018 (Newswire.com) - Vision Films and Diamond Mind Media Group are proud to present the provocative new drama, "Jason’s Letter". At a time when gun control is a highly controversial and much talked about topic in the United States, the must-see film, written and directed by Terrance Tykeem is sure to provoke conversation regarding what it takes for a much needed change to take place. "Jason’s Letter" is a timely reminder that the youth of today hold the key for a better future.

'Jason's Letter' is a must see as it is extremely relevant to what is going on in this country right now. We are so proud to be bringing such an important and special film to the world and we believe that it will truly inspire young people out there to make a difference.

In this powerful film, a 12-year-old boy, Jason (Jamol Manigault) is grieving from the loss of his best friend, the most recent of many unarmed shooting victims in his small community. After realizing marches and protests have done nothing, he decides to take matters into his own hands.

“The film was a direct result of an actual letter written by a young boy who felt the need to do something about the ongoing police shootings in his community”, says director/writer/producer, Terrance Tykeem. “The fact that these police shootings have continued to this day is why the film is so important”.

“The film takes place in a small town where 72 % of the people who live there are Black, 10 % are Hispanic, 4 % are Asian and the remaining residents are primarily White. While this is the make up of those who live there, with the exception of a few black officers the local police force is predominately white,” continues Tykeem. “But sadly, and as is the case in many communities of color, nearly all of those who have been shot and killed by the police are unarmed minority men, women and now more than ever young children, most of whom posed little or no real threat to the officers.”

“'Jason’s Letter' is a must see as it is extremely relevant to what is going on in this country right now,” says Vision Films CEO, Lise Romanoff. “We are so proud to be bringing such an important and special film to the world and we believe that it will truly inspire young people out there to make a difference.”

We are excited to present "Jason’s Letter" for review, and editorial inclusion. Review links are available; request yours today! 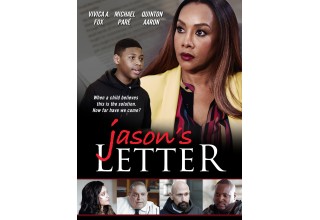 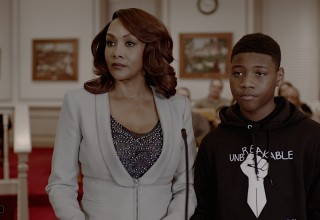 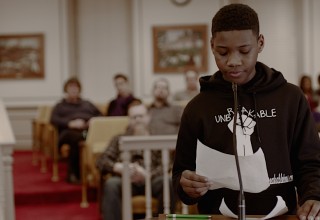