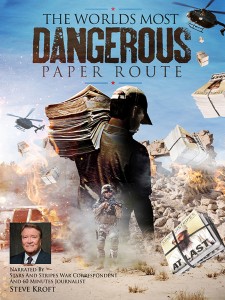 Introduced by Senator Lindsey Graham in Washington D.C. in February, 'The World's Most Dangerous Paper Route' will be available on DVD/VOD on May 21, 2019.

HOLLYWOOD, Calif., May 8, 2019 (Newswire.com) - ​Vision Films and Vanilla Fire Productions are proud to present "The World’s Most Dangerous Paper Route," the incredible new film that takes the world behind the production and delivery of the long-running military newspaper, "Stars and Stripes" into some of the deadliest places on Earth.  From executive producer Steven C. Barber, Max Lederer and director Matthew Hausle, the documentary will be released on DVD and VOD for the first time on May 21, 2019 after having its premiere earlier this year in Washington, D.C.

Narrated by former CBS News "60 Minutes" reporter, Steve Kroft, The World’s Most Dangerous Paper Route explores the history of "Stars and Stripes," which has been published every day since its first issue in 1941, reporting on military operations abroad and being delivered into war zones where armed forces were stationed. In documenting the bravery of the journalists, the film’s crew went on location to twelve countries including Afghanistan.

The World’s Most Dangerous Paper Route had its premiere in February this year at the Newseum in Washington D.C. where Senator Lindsey Graham addressed the audience, speaking of his admiration for the "Stars and Stripes" journalists and how they take great risk to cover the news in places others dare not go. Former CIA director General David Petraeus also spoke from experience about what "Stars and Stripes" meant to him while in service.

Of working on the film, executive producer Steven C. Barber said, “It was a high honor to go down range to Afghanistan and Kuwait to spend time with our journalists  and our incredible military personnel to tell their story.”

Director Matthew Hausle adds, “It was a privilege to bring to the public the storied legacy of the 'Stars and Stripes' military newspaper. It is truly the voice of the men and woman who risk their lives to protect our freedom."

“We are so proud to be releasing The World’s Most Dangerous Paper Route just in time for Memorial Day,” says Vision Films CEO/Managing Director Lise Romanoff. “It is a very important film that gives us a close up view of the determination and bravery of the individuals that support our troops on the front lines.”

We are pleased to present The World’s Most Dangerous Paper Route for review and editorial inclusion. Screeners and interviews are available upon request. 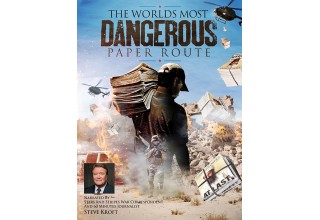 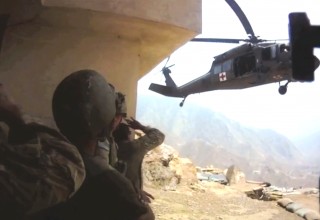 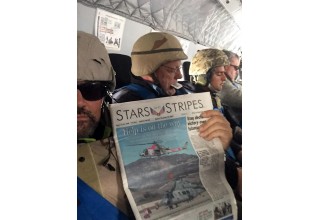 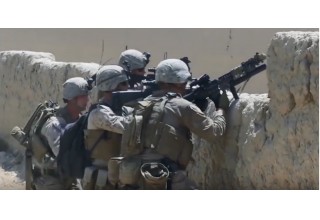