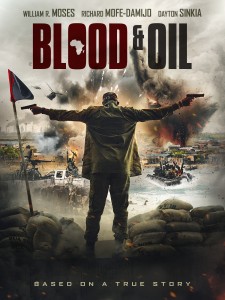 Starring William R. Moss, Richard Mofe-Damijo, Dayton Sinkia and Olu Jacobs, 'Blood & Oil' will be released for the first time on DVD and VOD on April 17, 2019.

LOS ANGELES, April 4, 2019 (Newswire.com) - Vision Films and Rightangle Productions are proud to present the thrilling and action-packed new film based on true events: Blood & Oil. Directed by Curtis Graham and produced by Rogers Ofime, this film is a confronting look at the socio-political and environmental effects of the discovery of oil in the village of Oloibiri in Nigeria, which is brought to life by the strong screenplay by Samantha Iwowo and stunning performances. Blood & Oil will be released for the first time on DVD and VOD on April 17, 2019.

Starring William R. Moss (Melrose Place, How To Get Away With Murder), Richard Mofe-Damijo (The Wedding Party, Hush), Dayton Sinkia (The Strain, Aquarias) and Olu Jacobs (The Royal Hibiscus Hotel, Pirates), Blood & Oil is based on the events that took place in a small Nigerian village. The discovery of oil should have been a blessing, but what ensued was violent havoc between the militants and government due to the oil corporation’s greed, which had a ripple effect through the global oil industry.

When commercial-grade oil was discovered in the small village of Oloibiri, Nigeria, prosperity and employment became their way of life. Two decades after the last oil was drilled and the U.S. companies abandoned them, all the village was left with was polluted water, sick children and an unstable economy. When a multinational corporation strikes oil again, rage intensifies and Nigerian militants, led by a hardened killer named Gunpowder (Richard Mofe-Damijo), seek revenge on the greedy foreigners by kidnapping Powell (William R. Moses), the company’s CEO. Families become divided as the village elder, Timpriye (Olu Jacobs), struggles with saving the life of this man who represents all the evil that oil brought to his village so many years ago.

“When Samantha Iwowo sent me the script for Blood & Oil, I was immediately attracted to the story and characters,” says director Curtis Graham. “Historical subjects have always been of interest to me. Every character in this story is based on individuals who actually took part in Nigerian history.”

“The structure of the story is fascinating, as three different characters collide from three different places,” Graham continues. “Faced with different issues, they must resolve the dilemmas of the corruption of the oil industry in Nigeria. Nigerian economy is based on oil. Oil discovery brought many positive changes to Nigerian economics. It also brought greed, corruption, environmental disasters and militancy.

“The movie depicts how these issues affect Nigeria today. Everyone involved has played a part in the Niger Delta problems. The solution is also up to all.”

"Blood & Oil allows the world to see how the discovery of oil impacted Nigeria. It built up the country and tore it down, resulting in the violence and unrest," says producer Rogers Ofime.

“We are proud to be releasing Blood & Oil just in time for Earth Day 2019,” said Vision Films’ CEO/Managing Director Lise Romanoff. “Based on a true story, this well-produced and action-packed film shows the dangers of corporate greed and the effect it can have on local economies and the environment. It’s a poignant film concerning the lives of real people and we are pleased to be giving it a voice for the international audiences.” 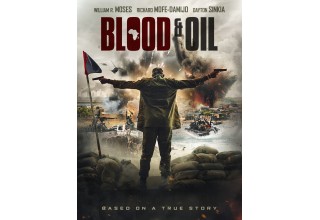 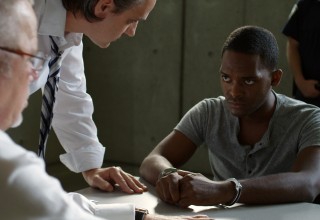 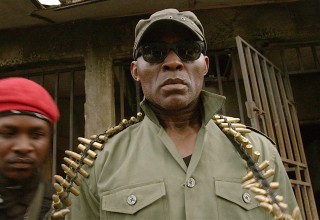 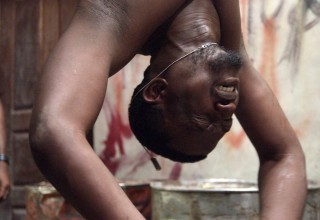