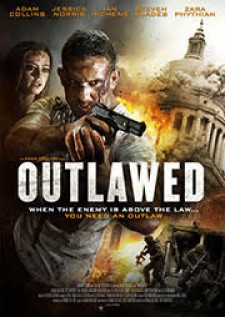 Available in the United States on DVD/VOD from September 25, 2018

HOLLYWOOD, Calif., September 22, 2018 (Newswire.com) - Vision Films is proud to present Outlawed, the action-packed thriller that pays tribute to veterans and their search for a civilian life post-combat. This film is the directorial debut from former Royal  Marines  Commando Adam Collins and co-director Luke Radford. A portion of the proceeds will be  donated to Combat Stress to support veterans affected by conflicts overseas. With success at the Las Vegas Action Film Festival, winning Best Fight Choreography, Best Action Performer of the Year for Adam Collins and Best Trailer, Outlawed has been praised by action fans and film critics alike for its “high­ octane thrills and shattering action all the way through” (Midlands Movies).

Starring renowned stunt performer Adam Collins (Transformers: The Last Knight, Game of Thrones),  newcomer Jessica Norris, Ian Hitchens ( Zombie Hood, Legacy). Steven Blades (All The Devil’s Men, The Real Target) and Zara Phythian (Doctor Strange, Knights of the Damned), Outlawed will be released in the United States on DVD and video-on-demand on Sept. 25, 2018. The film will also have its United Kingdom premiere on Sept. 28 at Cineworld in Nottingham, followed by a limited theatrical run at the cinema in the following days before a wide release in January 2019.

Adam Collins not only impresses with his feature film directorial debut, but also makes the transition from stunts to leading man with incredible ease. He is a talented rising star that the film industry should watch out for

The film follows former Royal Marines Commando Jake O'Neil (Adam Collins) who, following a failed mission and dismissal, struggles to adjust to civilian life. A decorated special forces operator, he tries to find himself a regular life outside of the military, but his demons get the better of him when he finds his partner in bed with another man. He begins self-destructing; abusing alcohol & drugs before eventually becoming homeless. He’s approached by childhood sweetheart Jade Roberts (Jessica Norris) who needs O’Neil’s help uncovering the truth behind her father's mysterious death. When Jade is kidnapped, his mission is to rescue her and let nothing stand in his way.

Adam Collins, a former Royal Marines Commando turned professional stuntman and filmmaker, conceived the film whilst working in the private sector protecting commercial vessels from pirate attack groups off the coast of Somalia. “The original idea for the plot came when I was operating off the coast of Somalia as an armed maritime security team leader,” he says. “My role was to detect, deter, delay and defend against pirate attack groups in and around the Indian Ocean. Although this included a lot of hard work and training, long days at sea meant I had a lot of time on my hands. It was during this downtime that I decided to start writing the original story. When I returned to the UK, I developed the script further with my co-director Luke Radford, having previously been impressed with his work. His vast knowledge and experience within filmmaking has been an invaluable asset in the production.”

"Adam Collins not only impresses with his feature film directorial debut, but also makes the transition from stunts to leading man with incredible ease,” says Vision Films CEO/Managing Director, Lise Romanoff. “He is a talented rising star that the film industry should watch out for." 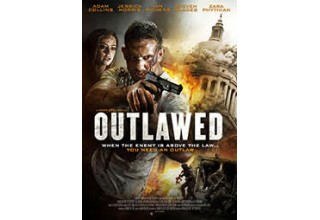 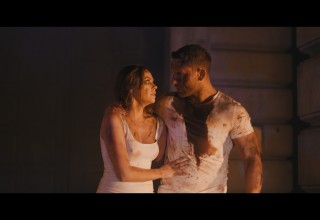 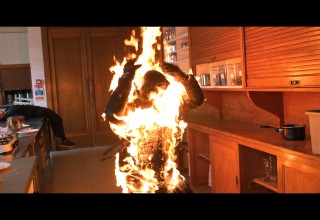 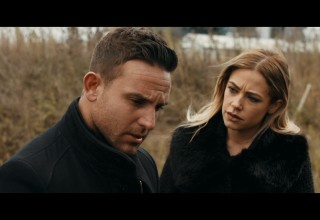