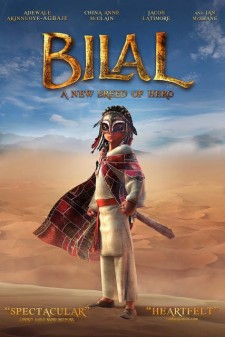 The first historic epic reimagined as a computer-generated animation will be released on DVD and VOD on November 6, 2018

HOLLYWOOD, Calif., October 26, 2018 (Newswire.com) - Vision Films and Barajoun Entertainment are proud to present the spectacular animated film inspired by true events, "Bilal: A New Breed of Hero." Directed by Khurram H. Alavi and Ayman Jamal, this film is the first historic epic tale to be reimagined as a computer-generated animated feature and is inspired by the epic story of “Bilal Ibn Rabah” and his dream to escape slavery and become a warrior hero. Following its theatrical release in the United States earlier this year, "Bilal: A New Breed of Hero" will be available for the first time on DVD and video on demand on November 6, 2018.

'Bilal' is a grand-scale, fast-paced animated adaptation that is both empowering and inspiring in its call for social justice and equality. The biggest animated feature ever made in the Middle East.

"'Bilal' is a grand-scale, fast-paced animated adaptation that is both empowering and inspiring in its call for social justice and equality. The biggest animated feature ever made in the Middle East" - The Hollywood Reporter

A thousand years ago, a boy with a dream of becoming a great warrior was abducted with his sister and taken to a land far away from home. Thrown into a world where greed and injustice rule all, Bilal finds the courage to raise his voice and make a change. Bilal will challenge everything.

“The film is the remarkable story inspired by an African hero “Bilal” as he goes from braving oppression to becoming a noble leader and an inspiration to generations. This is a story of faith, hope and self-discovery. The story is about finding one’s inner voice and breaking the chains not worn on wrists, but around the heart!” says Director/Producer, Ayman Jamal. “It is about learning to honor and respect yourself and those around you. And what better message to share in today’s world?”

“We hope this film starts conversations amongst families. It is an important piece of history that North Americans know very little about. The story of a slave that had the courage to speak out and demand that he be treated fairly is so inspiring. This powerful message is delivered through an action-packed adventure so 'Bilal' is a must-see film,” says Lise Romanoff, Vision Films CEO/Managing Director. 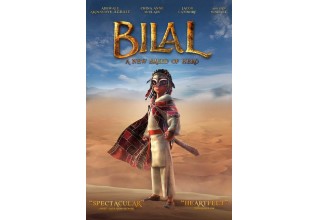 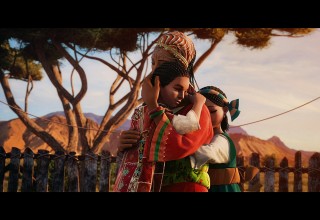 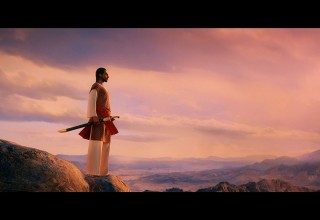 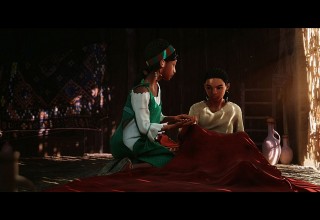