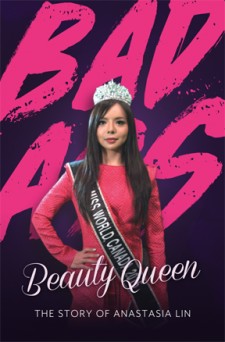 The highly acclaimed documentary that follows former Miss World Canada and human rights advocate Anastasia Lin as she stands up for her beliefs on the world's stage will be available on DVD and VOD on July 23, 2019.

HOLLYWOOD, Calif., July 11, 2019 (Newswire.com) - Vision Films Inc. and Lofty Sky Pictures are proud to present Bada** Beauty Queen: The Story of Anastasia Lin. The highly acclaimed documentary follows former Miss World Canada and human rights advocate Anastasia Lin as she stands up for her beliefs on the world’s stage. This eye-opening glimpse into the story that made headlines across the world, when Lin was denied from competing in the Miss World pageant in China, will be available on DVD and VOD for the first time on July 23, 2019.

Directed by Theresa Kowall-Shipp and told by Lin herself, along with her friends, family and supporters, the film follows the inspirational story of how Anastasia Lin used her passion, intellect and beauty, along with the platform of an international beauty pageant, to stand up to an oppressive regime.

Bada** Beauty Queen: The Story of Anastasia Lin is incredibly inspirational and a call to action for anyone who has ever felt that they want to make a difference in this world. The film features never-before-seen footage of Lin’s struggle to bring global attention to the issues of religious freedom and organ harvesting in her native China.

“A genuine story of purpose and courage; beauty tempered through hardship in the face of overwhelming pressure.” —The Epoch Times

The story of Canada’s Miss World, Anastasia Lin, burst onto front pages when her father, living in China, was threatened by Chinese security forces because of Anastasia’s public stance on China’s human rights violations. Unbeknownst to her, she had been declared ‘persona non grata’ by authorities, preventing her to represent Canada at the 2015 Miss World Pageant in Sanya, China. Her attempt to enter the country landed her on the front page of The New York Times, an appearance on CNN and articles in Der Spiegel, Cosmopolitan and other major media outlets. Despite not being able to compete in the finals that year, Anastasia became the beauty queen who captured the world’s attention. Drama, danger and fear followed her as she used her platform to bring the world’s attention to the Chinese Regime’s persecution and forced organ harvesting of prisoners of conscience. All of this occurred while Anastasia dealt with the heartbreak of endangering her own father’s life— choosing between speaking out and staying silent was a constant dilemma.

Invited again to represent Canada at the 2016 Miss World Finals, this time held in Washington D.C., Anastasia was ultimately silenced by the Miss World organization, a British corporation with numerous Chinese business ties. During the pageant, press clamored for interviews while Anastasia faced increased pressure as her father’s situation worsened. Prevented by the Miss World organization from going to the media to shine a spotlight on the persecution, which had become the only way to protect her father, Anastasia contemplated dropping out of the pageant. Anastasia put everything, including her father’s safety and a chance at the crown, on the line to stay true to her conscience.

“I didn’t do what I did to prove a point, it was just the right thing to do,” says Anastasia Lin. “There are so many injustices in China that have gone unheard, yet many courageous Chinese citizens have made huge sacrifices. I think bringing these issues to light is simply a responsibility I have to fulfill because of the opportunities that have been given to me. I hope people will learn more about what’s going on in China through this documentary and be inspired to stand up for what is right.”

“In following and documenting Anastasia’s story, I was alternately fascinated, frightened and frustrated,” says director Theresa Kowall-Shipp of her time working on the film. “I uncovered some very unattractive truths juxtaposed against a world of glitter and glamour. I watched as Anastasia rode a rollercoaster of conflict between her private and public lives, all while endeavoring to bring attention to the plight of the Chinese people, including her own father.”

“Telling her story was occasionally gut-wrenching,” she continues. “Still girlish, definitely glamorous, brave and brash, this young woman inspired me and taught me a lot.  My hope is that Bada** Beauty Queen, the Story of Anastasia Lin will do the same for viewers all over the world.”

“Anastasia’s story is one that must be heard. We are very proud to be presenting Bada** Beauty Queen: The Story of Anastasia Lin,” says Vision Films Managing Director/CEO, Lise Romanoff. “She is an incredibly strong and resilient woman who will inspire so many people with her incredible journey.”

We are excited to present Bada** Beauty Queen: The Story of Anastasia Lin for review and editorial inclusion. Review links are available upon request. Interviews are also available with Anastasia Lin. 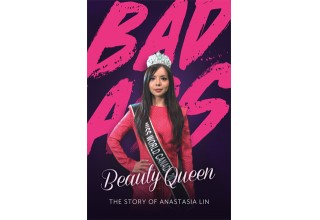 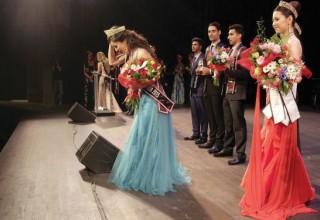 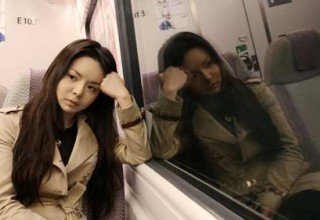 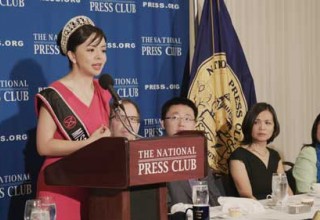