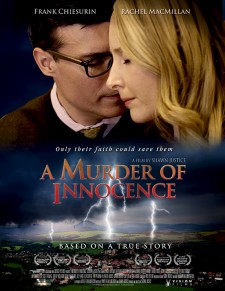 Starring Frank Chiesurin and Rachel MacMillan, "A Murder of Innocence" takes its inspiration from the real-life experiences of co-writer and producer Aimee Anderson. Available on DVD and VOD on June 18, 2019.

HOLLYWOOD, Calif., June 5, 2019 (Newswire.com) - ​Vision Films Inc., Justice Pictures and Murder of Innocence Productions, LLC. are proud to present the unforgettable and moving film, A Murder of Innocence. Directed by Shawn Justice and co-written by Justice and Executive Producer Aimee Anderson, this film is based on the true story of a small town rocked by a double homicide that learns how to overcome the overwhelming shock and fear with faith. A Murder of Innocence will be available on DVD on June 17 and VOD on June 18, 2019.

Starring Frank Chiesurin (Suits, The Lizzie Borden Chronicles), Rachel MacMillan (Gone Tomorrow), Xander Steel (Real, Grimm), Katie O’Grady (Portlandia, Pretty Little Liars: The Perfectionists) and Marc Steele (Random Acts, Undeserved), A Murder of Innocence takes its inspiration from the real-life experiences of co-writer and producer Aimee Anderson, who found her friend and her family brutally murdered in their own home in the 1970s.

A community is rocked by the double-homicide of a prominent couple, and the local police struggle to find the killer. As darkness settles over the town, Albert, the new resident pastor (Frank Chiesurin), must help his church and family overcome the aftershocks by providing stability, healing and hope while his wife, Aimee (Rachel MacMillan), must come to grips with her own fear through her faith.

“The story appealed to me as a filmmaker because of the incredibly dark and tragic experience Aimee goes through and eventually overcomes through her walk with God,” says director and co-writer, Shawn Justice. “My family and I experienced a tragedy of our own in 2012, when our son Caleb, at 15, drowned at a youth camp. God walked with us, and we truly experienced his comfort and peace, answering the why before we even had the chance to ask.”

“The film’s message is important and timely,” Justice continues. “We hope that it affects people's hearts and greatly encourages them so they don't have to be trapped in fear like Aimee was, knowing the way out.”

“After people watch our movie, A Murder of Innocence, I want them to walk away with the restful assurance that they, too, can be free from fear, full of the wonderful peace of God that 'passeth all understanding,'” says Aimee Anderson. “I would like to tell the world that there is hope for the hopeless, and victory over fear can be had through faith in God and the ‘Power of Prayer.' God has not given us the spirit of fear but of power, love and a sound mind.”

“A Murder of Innocence is a timely reminder that, in this often troubling world, fear can always be overcome by faith and love,” says Vision Films CEO/ Managing Director, Lise Romanoff. “We are so honored to be presenting this inspiring film”.

We are excited to present A Murder of Innocence for review and editorial inclusion. Review links are available upon request. 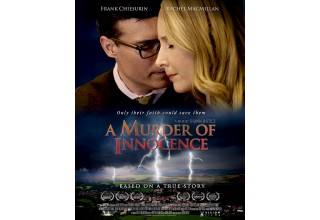 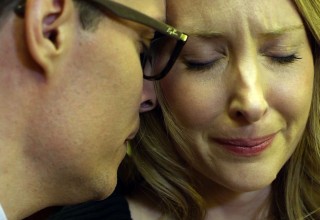 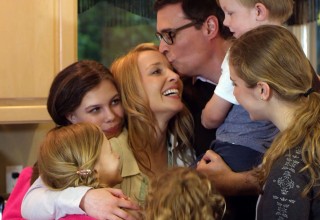 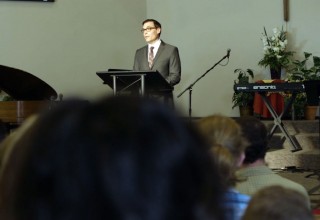